Puppy Potty Training: A Quick Guide There is nothing worse than coming home from a long day’s work to find you’ve got a carpet covered in urine. Whether it’s from your pet or your kids, the smell can be unbearable. Sometimes even worse than this, you might get it all over the furniture — and that can be truly heartbreaking. However, puppy potty training doesn’t have to be hard. In fact, many techniques will mean you spend less time cleaning up and more time rewarding your dog for their efforts. This guide is structured around this simple principle.

What is Puppy Potty Training?

Puppy potty training is usually the most difficult task for a new puppy owner. Puppies are known to have an innate desire to eliminate where they eat and sleep. This type of behavior is called “elimination training” and it can be a challenge for any new puppy owner.

Puppy potty training is the process of teaching your puppy where to eliminate. The first step in the process is to make sure that you have the right equipment for your puppy’s age and size. A crate or a small dog house will work well for young puppies, while an indoor dog pen can be used for older puppies and adult dogs.

How Long Does it Take to Potty Train A Puppy?

The average age to potty train a puppy is between 5 and 7 months old. However, it’s not uncommon for puppies to be fully trained as early as 4 months of age or as late as 9 months old, depending on the breed and individual dog.

Puppies can start potty training anytime after they are 3 weeks old. The best way to start potty training your puppy is by taking them out every hour on the hour until they go outside and then praising them when they go in the right place. If you’re trying to potty train a puppy who has already been peeing and pooping inside, you might need to confine him for several days until he learns that going in the house isn’t an option anymore!

It also depends on the breed and age of your puppy. A smaller, younger puppy will be easier to potty train than an older, larger one. However, if you start potty training early with a small puppy, you can be done before he’s six months old.

Some breeds are easier to train than others. For example, Labrador retrievers are known for being exceptionally intelligent and easygoing — two traits that make potty training a breeze for both dog and owner alike. Beagles are another good choice for first-time owners because they’re generally eager to please and respond well to training.

The key is consistency: If you can stick to your plan, you’ll have success sooner rather than later!

Potty training is an important part of puppy ownership. It’s important for both you and your puppy. Puppies that are not properly house trained can be destructive, have accidents in the house, and make a mess. Puppies also need to potty when they wake up from naps, after eating or drinking water, or after playing outside. The sooner you begin potty training them, the better off you’ll be!

There are several reasons why puppy potty training is so important:

How To Potty Train a Puppy

Puppies need to relieve themselves anywhere from 3-5 times per day. The frequency will decrease as your puppy gets older, but it’s important to have a schedule in place from the beginning so that your puppy learns when it’s okay to go outside and when it’s not.

Puppies are especially susceptible to urinary tract infections (UTIs) and other bladder issues if they aren’t allowed to relieve themselves regularly.

Puppies can generally hold their bladders for 1 hour after they eat or drink water, and 2 hours after they wake up from sleeping. If your puppy has been sleeping or eating, keep an eye on its bladder and take them out once every hour or so until they’ve gone potty.

Here are some tips for helping your puppy learn how to use the bathroom outside:

Step 1: Choose a spot in your home where you want your dog to go. This could be right outside the back door, or on a special mat inside, depending on how much space you have available and how long you want to be picking up after your pup.

Step 2: Get down on all fours and position yourself near the chosen spot. Have some treats ready in one hand, and a clicker in the other hand (or just use your voice).

Step 3: Let your puppy sniff around for a bit until he finds an acceptable spot in which to relieve himself. When he does so, click once (or say “good boy”), then give him one treat from your hand. This tells him that this particular behavior is what you want from him — he should repeat it whenever possible!

Step 4: Repeat step 3 until your puppy goes potty exactly where you want him to go (this may take several sessions).

Potty training a puppy can be a challenge, but with the right approach and plenty of patience, you can teach your puppy to go outside.

Start small. Puppies have short attention spans, so keep your sessions short and sweet, no longer than 10 minutes. And don’t expect him to get it right on the first try. He needs time to learn what you want him to do — that’s why we practice!

Give clear instructions. Give one simple command at a time: “Sit” or “Stay.” Praise your puppy when he does what you’ve asked him to do, whether he gets it right or not. If he doesn’t obey your command immediately, wait until he calms down before giving another instruction or repeating yourself over and over again in an exasperated voice (that will only make things worse).

Make it fun! Play games with your puppy during his potty breaks — chase games are especially good because they encourage him to run off any extra energy before returning inside for some quiet time with his toys.

Be consistent! Your puppy will not be able to understand why he should do something one day but not another unless there is consistency in the way you treat him during training sessions

The Reward for Potty Training 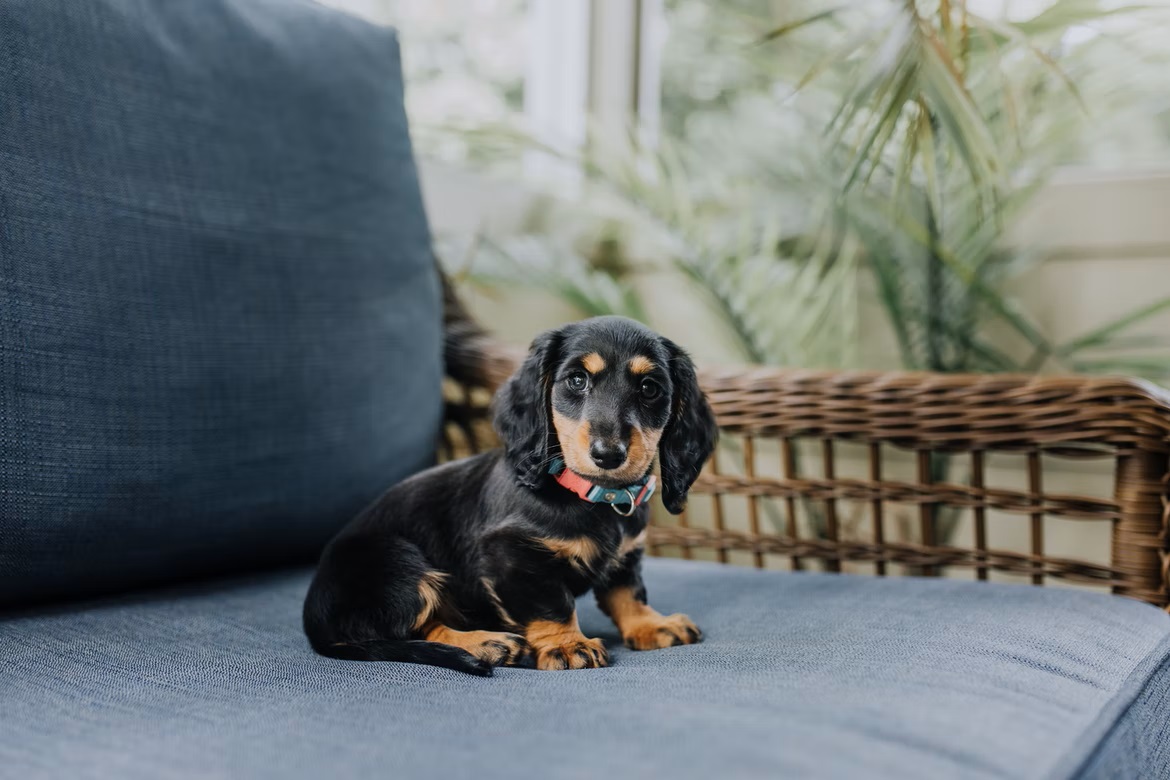 The reward for potty training your puppy is a great way to encourage them to go outside when nature calls. It will also help them learn how to control their bladders and bowels. But before you think about using rewards, it’s important to understand the difference between positive and negative reinforcement.

Positive reinforcement involves giving your dog something good after they’ve done what you want them to do. For example, if your puppy pees outside, give him a treat or play with him in the backyard after he’s done his business.

Negative reinforcement works by removing something bad when your dog does something good. For example, if your dog pees inside, take away his toys until he goes outside and pees again.

The most important thing to remember is that rewarding good behavior should always be immediate so that the dog learns what they did right and what they did wrong at the same time.

Here’s everything that you need to know when potty training a puppy, check it out!